The single currency navigates within an inconclusive direction at the beginning of the week, although the sentiment around EUR/USD’s near-term trend stays weak beneath the 1.1685 level. At press time, the pair is trading at 1.1659level, having put in a low of 1.1615 level in early Asia. This week, ECB’s Lagarde may play spoilsport by expressing concerns regarding the euro’s strength. 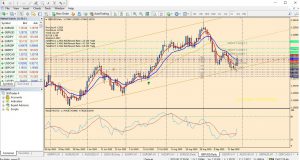 EUR/USD navigates without a clear direction on Monday. The offered bias, however, appears unchanged and it will not be surprising to see sellers attempting to breach the key support at 1.1612 level in the coming sessions.

Despite this view, a deeper retracement to the relevant contention region around 1.1495 level (March Highs) is still unfavoured. On the other hand, the recently broken key area in the 1.1700 regions has now become the next target of the significance of occasional bullish attempts.

USD/CHF eases from a temporary high of 0.9296 level to 0.9264 level during early Monday, as a bout of heavy selling pressure is now flirting with recent lows. Meanwhile, sellers may wait for entries unless the quote drops below the August month’s top surrounding 0.9241 level. 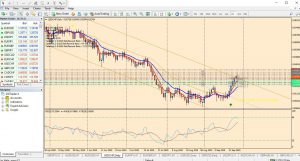 The ongoing momentum seems strong enough to push the pair further beyond the 0.9300 marks, however, It should additionally be noted that the USD/CHF buyers may have to cross the horizontal resistance level at 0.9362 level to affirm bullishness.

The September 08 high of 0.9200 level and the monthly low close to 0.9050 level are extra strong supports for USD/CHF sellers to watch past-0.9241 level. On the downside, a break of 0.9241 minor support level will turn intraday bias neutral and bring some consolidations first.

GBP/USD extends the consolidative range ahead to probe the vicinity of 1.2900 marks for additional gains early in the European session. The GBP/USD pair spiked to fresh daily tops, around the 1.2890 level region with buyers now looking to build on the momentum. 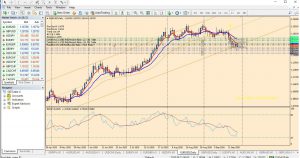 As seen on the daily, a sustained move beyond here will be seen as a fresh trigger for intraday bullish traders follow-through and pave the way for a move beyond the 1.2900 marks. Moreover, technical indicators such as the daily RSI has maintained its trend beneath its midline 50 and is yet to register any meaningful recovery, warranting caution for bulls.

Hence, any subsequent move might still be seen as an opportunity to initiate some fresh bearish positions.  A convincing breakthrough to the upside will negate any near-term bearish bias and pave the way for a move back towards conquering the key 1.3007 psychological marks.

XAU/USD stands at a two-month high of $1,845 despite more steady yields